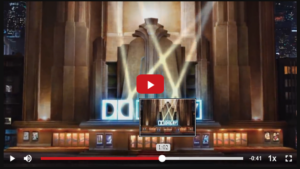 This feature was months in the making, and now we are finally in Beta release of this highly sought after feature.

To activate click on the new option on the skin configuration page. The option is named “Show Timeline Thumbnail Preview”. Note that by checking the box, it will not automatically show in the preview video as it takes some work in the background to run through the video and extract the thumbnails previews to appear on the timeline.

Once saved, the request is sent and depending on the queue, it could take up to 6 hours to complete the extraction and thumbnail creation process.

When completed, you’ll see the thumbnails automatically appear on the video in both the preview and your website. Unfortunately, this means that you can only test this feature if you have a registered account.

The result will look something like the screen below:

Although most of the bugs have been ironed out, I have released this as a Beta feature as it is possible that there are some niggling issues for this newly released feature. So if you do encounter any issues with the thumbnails not appearing, do let me know through our contact form.